ANOTHER POCKET OF PERSECUTION

An attack on a Catholic church in Burkina Faso killed four people during Sunday Mass. Burkino Faso is a land locked West African nation, North of the coastal Ivory Coast and Ghana. Last Sunday May 26, “heavily armed” individuals entered the Catholic Church in Toulfé. They opened fire on worshippers during Mass, killing four people and wounding several others.

This is the fourth time in less than a month that Christians have been the target of a terrorist attack in this poor Sahelian country in West Africa. These attacks have been attributed to around a dozen jihadist groups.

On Sunday April 28, terrorists entered a Protestant church in Silgadji in the province of Soum in the country’s north. They killed the pastor, two of his sons and five worshippers.

Two weeks later on Sunday May 12, a priest from the Catholic Diocese of Kaya diocese and five worshippers were killed by terrorists in the church of Dablo, also in the north of the country.

On May 13, while funeral services were being held for the priest and five worshippers killed the previous day, four more worshippers were killed during the Notre-Dame du Lac parish’s Marian procession in the neighbouring diocese of Ouahigouya.

Previously in March, the priest of north Djibo was kidnapped by armed terrorists. On Feb. 15, a Spanish-born Salesian missionary was killed in in the centre of Burkina.

The terrorist attacks, increasingly frequent and deadly, have caused 400 deaths since 2015, according to calculations by Agence France Presse.

Archbishop Paul Yemboaro Ouédraogo of Bobo-Dioulasso, stated “I believe that the terrorists are seeking to sow terror at every level,”. He appealed to Christians to “remain serene in their faith” and to “continue to go to church and to respect the commandments given to us by God: to love our neighbours and to vanquish evil by doing good.”

We think of Christians in China, India, Indonesia, Palestine, Iraq, Iran and other known areas of persecution… Pray also for these brothers and sisters in Christ in this unfamiliar to us, country!

Being Christian in India (from La Croix International, 26th June 2019)

Fourth Sunday in Advent -You Shall Name Him Jesus 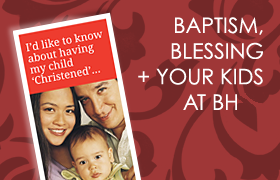